‘I GOT A LOT TO SAY’: Failed former prez Obama refers to himself 92 times during 38-minute NV speech 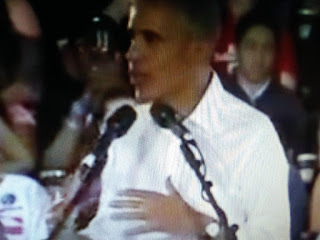 That's classic Obama.
Talks a good game without any results that helped the country get better.

Appearing under the guise of speaking on behalf of Democrat candidates at a University of Nevada rally, the former president really just wanted to talk about himself.