Delusional Obama: When you hear economy is improving, 'remember who started it’ 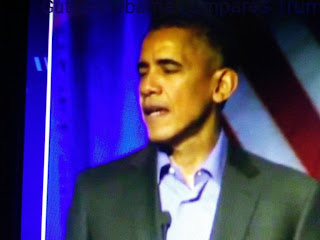 The Hill reports former President Obama on Monday urged a crowd in Las Vegas to "remember who started" the current economic boom, reminding them that the country recovered from the Great Recession during his presidency.

Obama echoed language from President Trump, who in July claimed his administration unleashed an "economic miracle" with tax cuts legislation.

"When I walked into office 10 years ago, we were in the middle of the worst economic crisis of our lifetimes," Obama said at a rally for Nevada Democrats.