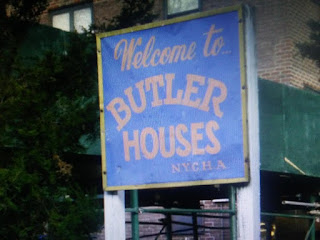 The untold story in New York as I've been saying since the election of Mayor Bill de Blasio is that the city is awash with guns on the streets.
Criminals, especially of the Blacks and Latinos variety,  are walking our streets bold as brass with their guns.  It's a bad situation that's not being acknowledged by this Democrat Party run town.


NY Post reports a 5-year-old boy was shot and his father killed when a gunman opened fire in a Bronx public-housing project Tuesday afternoon, police said.

Jaquan Millien, 29, had just picked up his son from school when he got into a fight with the shooter inside the Butler Houses on Webster Avenue near East 170th Street in Claremont Village at about 4:40 p.m., authorities said.

The suspect pulled a gun in a sixth-floor stairwell and blasted the child in the arm and his father in the stomach, Chief of the NYPD Housing Bureau James Secreto said.