Politics, motivation of caravan organizers in question as analysts point to deliberate chaos 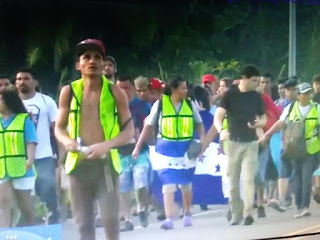 There's nothing organic about this caravan/invasion.  Big money is behind it and it's all about politics.
Personally, I think it will fade away long before it gets near our southern border.  A person would have to be in top physical condition to make this walk.  I just don't buy it.

Fox News reports as several thousand Central Americans and Mexicans continue to march toward the United States in the migrant caravan, more questions are being asked about how the effort was brought together, who is behind it, and what prompted the movement to this point just weeks before critical U.S. elections.

While some claim the caravan began organically, others argue opponents of President Donald Trump's immigration policy have played a key role in the movement, with the aim of embarrassing the U.S. administration, and its supporters in Central American countries like Honduras