Pompeo: 'Caravan Will Not Cross Our Southern Border Illegally--Under Any Circumstances' 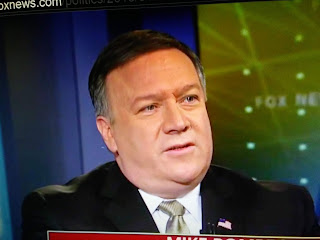 I think the pipe bombs that were sent yesterday was a new plot by Leftists to divert attention from the caravan story.

CNS News reports Secretary of State Mike Pompeo warned participants in the migrant “caravan” moving through Mexico Tuesday that they will not breach the U.S. border illegally “no matter what,” as U.S. Ambassador to the U.N. Nikki Haley raised questions about a political agenda, accusing socialist leaders in the region of stoking the campaign.

Pompeo told reporters at the State Department the U.S. has a message for the column of Central Americans aiming to reach the U.S. southern border.

“You will not be successful at getting into the United States illegally, no matter what,” he said. “I repeat: The caravan will not cross our southern border illegally, under any circumstances.”