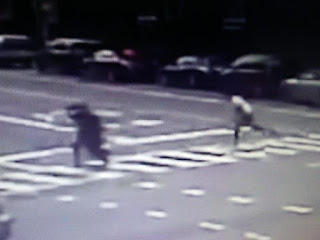 This is the second attack on a Jew in Brooklyn in less than a week.
I think there's is something deeper going within the Muslim community that is not being reported.  Why isn't Muslim on Jew crime being reported as such?

NBC News reports a teenager has been arrested on a hate crime charge after surveillance video showed him beating an Orthodox Jewish man in Brooklyn Monday.

Surveillance cameras showed the victim running into a dry cleaners as the black teenager chased after him and beat the victim with a tree branch, according to police and witnesses. The branch broke on the victim's back.