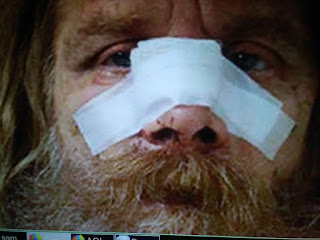 This seems comical in a sense.
But, it's unjustified to attack anyone with an ax over a chicken.

Fox News reports a Nashville-area man was arrested Tuesday for allegedly attacking his neighbor with an ax, court records show.

Witnesses say suspect Garret Ankney, 54, fought with the neighbor outside their Whites Creek homes, believing the neighbor’s dog had either killed or eaten one of his chickens.

Once the argument escalated, Ankney allegedly retrieved an ax from his home, then attacked his neighbor, the Tennessean reported. Ankney reportedly sliced the neighbor’s forearms as the neighbor attempted to defend himself