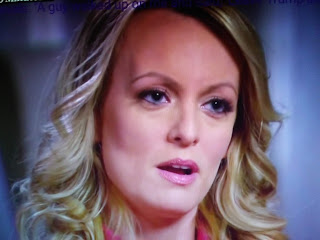 This was a bogus claim from the beginning brought by Stormy Daniels ambulance chasing lawyer.

The case stemmed from a Trump tweet that called Daniels, who claims she had an affair with him, “a total con job.” Trump has denied the affair.

Judge S. James Otero, a US District Court judge in Los Angeles, said Monday the comments made in the president’s tweet appeared to be an opinion protected by the First Amendment.

“The tweet in question constitutes ‘rhetorical hyperbole’ normally associated with politics and public discourse in the U.S.,” the ruling reads. “The First Amendment protects this type of rhetorical statement.”