What Liberal Naval Gazing Brings: NYPD Officers Will Now Give Out Name Cards During Stops 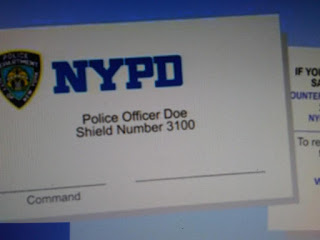 It's been my observation after having lived for 55 years that whenever Leftists come up with an idea for law enforcement reform, it's usually a bad one.  Here is another.

NY1 reports A new law takes effect this Friday requiring city police officers to share their full names and ranks with people they stop on the street.

They will hand out business cards under the new Right to Know Act.

The cards have information on the back about how to file a complaint against an officer and obtain police body camera video.

Officers must also inform people that they have the right to say no to some searches.
The City Council passed the law in January after years of battling the NYPD.