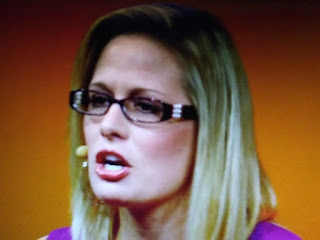 I thought Democrats want every vote counted?
Not is this case with wacky Democrat Kyrsten Sinema.  Why is this even a contest?  What the Hell is wrong with Arizona? Wasn't John McCain and Jeff Flake bad enough?

Following a dump of new mail-in ballots Sunday, Sinema expanded her lead over GOP Rep. Martha McSally — with Sinema now leading by 32,292 votes, or 1.5 percentage-points. Her campaign is declaring it would be impossible at this point for McSally to swing the election.

“With the latest ballot count, Kyrsten’s lead is insurmountable,” Andrew Piatt, Sinema’s campaign manager, said in a statement. “McSally’s campaign said today’s results would be her ‘firewall’ but as we expected, no firewall emerged … Kyrsten will be declared the next U.S. Senator from Arizona.”

However, McSally’s camp is holding out hope, pointing out that thousands more ballots remain to be counted. There are estimated to be well over 200,000 votes left to tally. Arizona — a state where 75 percent of votes are cast by mail-in ballot — traditionally witnesses slow-paced election results.

“We believe every single lawful vote should be counted, including those from rural areas. The Democrats’ legal strategy is clear as it is troubling. They want to disenfranchise eleven counties they can’t win,” said Arizona GOP state chair Jonathan Lines ahead of a court hearing Friday.