Step Up!: Trump to urges allies to pay up for US military services, or protect yourselves 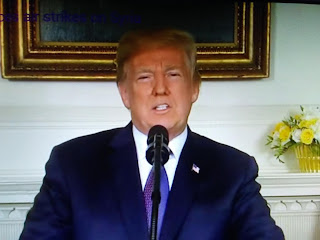 Where is it written that the United States should solely bear the financial burden of military protection for countries that been in existence for hundreds of years?
They need to step up and become mature countries and not act like children expecting Mother Hen to protect them for the rest of their lives.

NY Post reports President Trump on Monday said “much was accomplished” in his meetings with world leaders in France, where his brand of “nationalism” was met with disdain – but complained again about US allies’ spending on defense.

“Never easy bringing up the fact that the U.S. must be treated fairly, which it hasn’t, on both Military and Trade,” the president began in an early morning volley of tweets.

Just returned from France where much was accomplished in my meetings with World Leaders. Never easy bringing up the fact that the U.S. must be treated fairly, which it hasn’t, on both Military and Trade. We pay for LARGE portions of other countries military protection,........
— Donald J. Trump (@realDonaldTrump) November 12, 2018