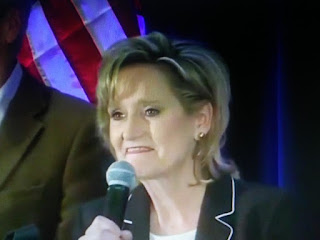 This Senate seat was really in the bag all along despite the efforts of the corrupt mainstream media.

The GOP victory gives Republicans a net gain of two Senate seats in the midterm elections and a 53-47 advantage in the upper chamber, a margin that could prove critical in contentious confirmation battles to come.