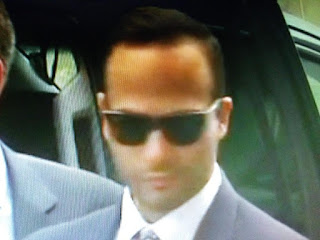 Wow!  What a job by Robert Mueller!
Is this really money well spent?  Not!  It was supposed to be about proving Trump colluded with Russia.  How did that work out, Bobby boy?

CNN reports despite his last-minute requests and hopes, former Trump campaign adviser George Papadopoulos will still have to start his 14-day prison sentence on Monday for lying to federal investigators in the Russia probe.

Papadopoulos had asked a federal judge twice in the last 10 days to pause his sentence. The federal Bureau of Prisons has him set to surrender at a correctional camp in Wisconsin tomorrow.

The judge who sentenced him, however, denied both of his requests on Sunday, saying Papadopoulos hadn't filed any court appeals within the window he was allowed and gave a firm nod that the office of special counsel, which prosecuted Papadopoulos, has acted correctly.