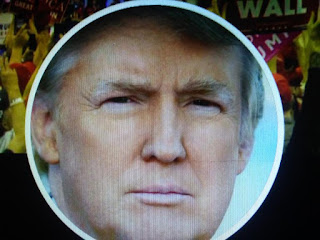 The below report by AOL News is an example of how its the Leftist who are a bunch a frauds when it comes to so-called climate change.
First, scientific conclusions are arrived at by consensus.  That's not the way science works.  For example, the Law of Gravity says if I throw an apple in the air it will fall to the ground.  That proves the LOG.  That's the way science works.  None of these so-called scientists who are paid millions to say humans affect the climate can prove it.  That's where science stops and religion begins.  There used to be an Ice Age many years ago and no humans in sight.  How did all that ice melt?  These so-called scientist have no answer.  That's why they're a bunch of hacks.

AOL News reports President Donald Trump once again cast doubt on the scientific consensus behind climate change Wednesday night because forecasters said it could be cold in parts of America this week.

“Brutal and Extended Cold Blast could shatter ALL RECORDS,” Trump, who is vacationing in 80-degree weather at his Mar-a-Lago club in Florida for Thanksgiving, tweeted late Monday. “Whatever happened to Global Warming?”

The comments appear to reference forecasts that parts of the Northeast could see the coldest late November on record. AccuWeather said the Thanksgiving weekend would be below freezing from New York City up to Maine, and meteorologists said millions of Americans could see the coldest holiday weekend in more than a century.