Trump says he plans to crack down on asylum seekers "They should turn back now because they're wasting their time!" 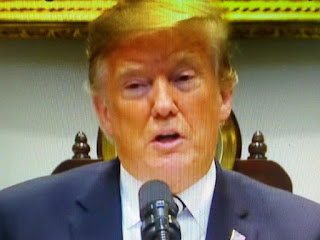 President Trump took an oath to defend the United States against our enemies both foreign and domestic.
Contrary to the lies being spun by the corrupt media, there's an invasion approaching our southern border.  It's Trump's job to stop it!

NY Post reports President Trump on Thursday said he’ll sign an executive order next week that will crack down on asylum seekers and end the process of “catch and release” as part of his efforts to halt a caravan of thousands of Central American migrants marching to the US border.
He also warned migrants coming to the US that if they throw stones and rocks like they did at Mexican officials the US military would consider that as using a firearm.
“They want to throw rocks at our military, our military fights back. I told them to consider it a rifle,” Trump said.