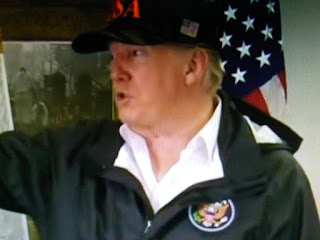 Those fires were a real bad scene.
A lot of lives destroyed and it's so sad.


AP News reports from the ashes of a mobile home and RV park, President Donald Trump said Saturday he came to the heart of California’s killer wildfire to fully grasp the scale of the desolation wrought on the landscape.

“We’re going to have to work quickly. ... Hopefully this is going to be the last of these because this was a really, really bad one,” said the president, standing amid the crumpled foundations of homes and twisted steel of melted cars.

“I think everybody’s seen the light and I don’t think we’ll have this again to this extent,” Trump said in Paradise, the town largely destroyed by a wildfire ignited Nov. 8 that he called “this monster.”