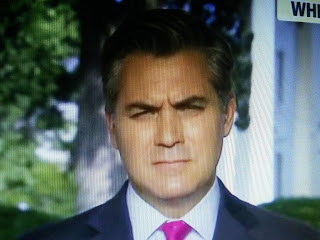 This is not a question of freedom of the press.
This is the barring of one asshole, Jim Acosta, from the White House.  Nothing is preventing CNN from replacing him with a new asshole.

CNN reports the first hearing in CNN and Jim Acosta's federal lawsuit against President Trump and several top White House aides ended with the judge saying that he would rule on Thursday.

CNN and Acosta are alleging that the White House's suspension of his press pass violates the First and Fifth Amendments. Their lawyers are asking for a temporary restraining order and a preliminary injunction that would restore his pass right away. They also want the administration's action deemed unconstitutional.