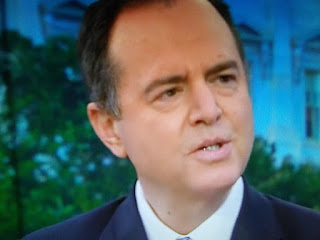 President Trump has nothing to fear because Rep. Adam Schiff is one of the most inept representatives in Congress.
He's the male version of Maxine Waters.  That pretty much says it all.

The Hill reports Rep. Adam Schiff (D-Calif.) on Sunday said that President Trump might "face the real prospect of jail time" after prosecutors indicated last week that he directed illegal payments during his 2016 presidential campaign.

"There’s a very real prospect that on the day Donald Trump leaves office, the Justice Department may indict him. That he may be the first president in quite some time to face the real prospect of jail time," he said on CBS's "Face the Nation."