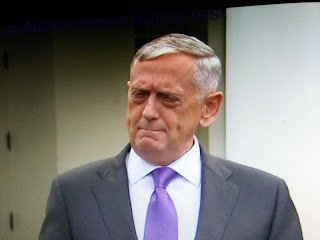 Gen. Mattis owes Trump for the opportunity to become defense secretary.
He did a great job and accomplished a clearly defined mission of defeating ISIS and bringing the troops home.  As commander-in-chief, It's Trump prerogative to decide when enough is enough.

“When President Obama ingloriously fired Jim Mattis, I gave him a second chance,”

Trump tweeted. “Some thought I shouldn’t, I thought I should. Interesting relationship-but I also gave all of the resources that he never really had. Allies are very important-but not when they take advantage of U.S.”