Trump standing firm while GOP establishment pee in their panties 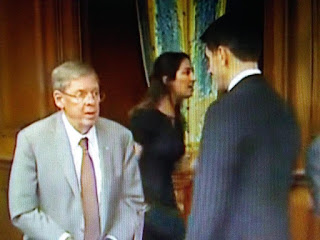 That's because the GOP establishment are used to getting their asses kicked by Democrats because they're a bunch of punks.
That's why the GOP base chose Trump to lead!  It's as simple as that.

The Hill reports one of the most tumultuous weeks in President Trump’s turbulent two years in office has turned up the spotlight on divisions between the White House and Republicans — particularly on foreign policy.

Trump in the last week has announced the removal of all U.S. troops from Syria and a reduction in the U.S. presence in Afghanistan, two decisions that represented a reversal from more than a decade of GOP strategy on the war against terrorism. The top U.S. envoy in the fight against the Islamic State in Iraq and Syria (ISIS) resigned.