Gorka on Wall Funding: ‘Nothing Is Going to Happen’… McConnell, Ryan ‘RINOs on Issue’ 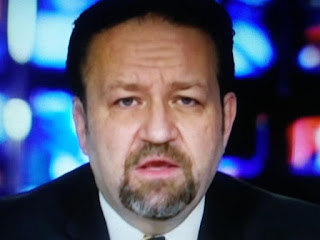 It's the Democrats and spineless NeverTrumpers that wants the free-flowing stream of illegals to continue.
Trump wants to end it once and for all.  Build The Wall!

“First thing’s first: the president is never going to go soft on this issue [of the border wall]. … Let’s remember Donald Trump built his campaign, his first big event, with then-Senator Sessions, when he put on that red MAGA hat,” Gorka told Breitbart News’ Alana Mastrangelo on Thursday in West Palm Beach, Florida.

“He knows this is why he’s president, so the wall will be built.”