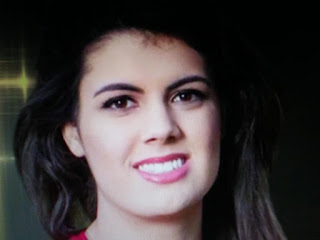 Sad to say I didn't know Bre Payton before today.
But, as a fellow conservative writer I applaud anyone who fights the good fight against the perils of Liberalism.  She was beautiful, obviously talented and much too young to pass.  As for the AP?  I'm never surprised how tasteless Liberals can be.


Fox News reports the Associated Press was slammed last week for publishing a “garbage” obituary of Bre Payton, a conservative writer at The Federalist and frequent guest on television news outlets including Fox News Channel.

Payton died at age 26 after reportedly contracting the H1N1 flu virus and possibly meningitis. Her sudden death was mourned by figures throughout the news industry, but AP drew sharp criticism for an obit that “wasn’t so friendly,” according to NewsBusters managing editor Curtis Houck.

Houck wrote that “the fourth 'graph is where The AP lost all sense of decency,” and he found fault with how the passage characterized Payton’s career.