Pelosi daughter describes her mother Nancy: 'Will 'cut your head off and you won't even know you're bleeding,' 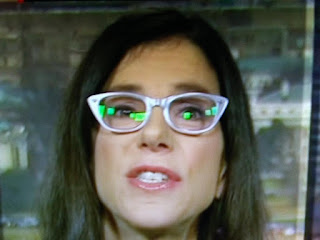 That may have been the case when Nancy was younger.
But, old girl is beginning to show signs of serious health problems like Hillary.  The mainstream media is doing their best to cover it up.

AOL News reports Alexandra Pelosi, the daughter of Rep. Nancy Pelosi, D-Calif., was hesitant to discuss her mother Wednesday on CNN’s New Day with Alison Camerota and John Berman. But when she did, she was very candid.
Berman asked Alexandra how her mother approaches meetings with President Trump and how she feels about the Democratic politician becoming Speaker of the House for a second time.

“She’ll cut your head off and you won’t even know you’re bleeding. That’s all you need to know about her,” Alexandra said. “No one ever won betting against Nancy Pelosi. She’s persevered. You’ve got to give her credit. No matter what you think of her, you have to give her credit. Think about all those presidents she’s endured, right? The Bushes, the Clintons. She’s been through it all.”