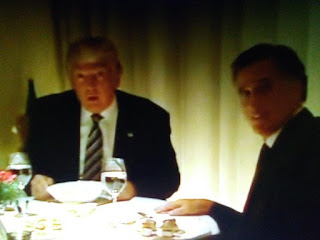 This bum hasn't taken office and he's already sucking up to the mainstream media by promising to be a thorn in Trump's side.
Boy, do I regret voting for this bastard!


NY Post reports Mitt Romney offered some criticism of President Trump on Tuesday and announced that he will continue to “speak out” against “destructive statements” made by the White House.

Romney, who will be sworn in as Utah’s GOP senator this week, claimed in an opinion piece for The Washington Post that President Trump “has not risen to the mantle of the office.”

“It is well known that Donald Trump was not my choice for the Republican presidential nomination,” Romney wrote in the piece. “After he became the nominee, I hoped his campaign would refrain from resentment and name-calling. It did not.”

Mitt Romney has turned out to be a pathetic human being who really fooled me.