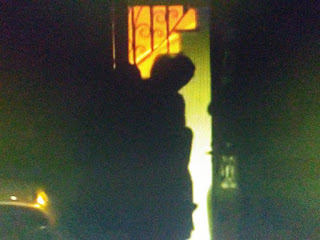 Roger Stone is 66 years old and I don't know if he owns a weapon.
To my knowledge he's a law abiding citizen with no history of violence.  If the FBI wanted to arrest him, all they had to do was call his lawyer and tell him where and when to show up.

So why was it necessary for the FBI to send a heavily armed commando team to his house?  His name is Roger Stone, not El Chopo Guzman.  He didn’t have an army of thugs at his beckon call.  Yet, the FBI went in hot to arrest an old man who was in his home in bed asleep with his wife.

Who's the outlaw, Stone or the FBI?

Was it Stone who presented a fake Steele dossier to the FISA court?  No, that was the FBI.

Was is Stone who interviewed Hillary Clinton for three hours, no video, no court stenographer, no written transcripts of her answers to see if she told a lie.  No, that was the FBI.

Was is Stone who leaked information to a college professor buddy that ended up in the Washington Post?  No, that was FBI chief James Comey.  He never got arrested.
Collusion?

It sure looks like the FBI colluded with CNN to have cameras at the scene of the arrest.  This is disgusting! Where is the investigation for that?

Why should America have any confidence in the FBI when it pulls stunts like this?  This is serious!  Don't talk to me about this country being nation of laws when abuses like this happen and correction is non-existent.

The FBI has a credibility problem and it needs to get fixed fast!