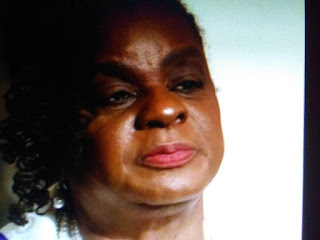 Apparently this congresswoman was last in line during the brain giveaway.

Rep. Gwen Moore, D-Wis., appeared unimpressed as she read a list of the economic successes of the Trump administration during a House Ways and Means Committee hearing on Capitol Hill.

From the party that claims to be #ForThePeople: