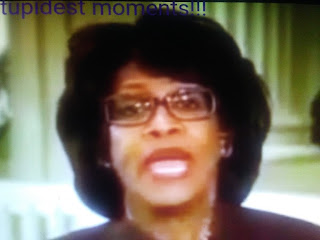 I haven't posted a Maxine Waters story in a bit since Ocasio-Cortez has come onto the scene.
Poor Maxine doesn't get the attention she used to.

Breitbart reports Friday on MSNBC’s “All In,” Rep. Maxine Waters (D-CA) called on Americans to protest across the country to send President Donald Trump a message that his declaration of a national emergency on the U.S.-Mexico border is “fake.”

Waters said, “I really expect we’re going to have a growing number of Republicans that are going to join with us in this disapproval. Yes, they’re concerned if a Democratic president gets elected then they can use emergency powers to do a lot of the things they don’t like. As you know, they don’t believe in climate change. They don’t want us to talk about Medicare for all or any of those subjects they think we’ll spend too much government money, even though they’ve created the largest debt we’ve seen in government for many many years.”