Mr. Softie Beto O'Rourke past border wall stance may come back to haunt him 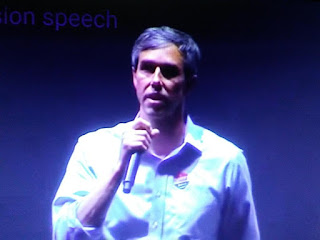 This guy has NO SHOT at the Dem mod!
He looks like he's an SNL reject. The whole Democrat field is pathetic.

As the president filled an El Paso arena with supporters, O'Rourke helped lead thousands of his own on a protest march past the barrier of barbed-wire topped fencing and towering metal slats that separates El Paso from Ciudad Juarez, Mexico.