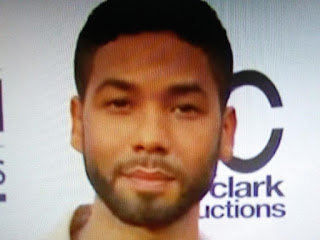 I'll be glad when Jussie Smollett is finally charged.
He's wasted a lot of resources, energy, emotions, and for what?  What kind of person does this other than a very self-absorbed ego maniac,?


NY Post reports Jussie Smollett was so irked that a threatening letter he received didn’t spark enough outrage that he hired two men to stage a hate attack against him, according to a report on Monday.

Multiple sources with direct knowledge of the investigation pointed to the letter as a potential motive in the “Empire” star’s baffling case, CBS Chicago reported.

“When the letter didn’t get enough attention, he concocted the staged attack,” a source told the network.