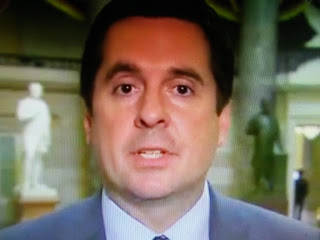 I totally convinced that my blog, The Last Tradition, has been shadow-banned on Twitter and Facebook as well.
So, I'm in favor of this lawsuit.  Go get'em, Devin!

Nunes, a Republican, also accused Twitter of publishing defamatory content — including from a handle that purported to be Nunes own mother, according to the complaint filed in Virginia state court.

The suit accuses Twitter of “knowingly hosting and monetizing content that is clearly abusive, hateful and defamatory… thereby facilitating defamation on its platform.”