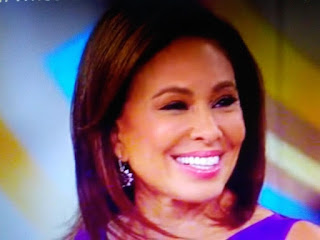 Shame on Fox for making a dumb ass decision!
There's was no reason tp suspend to discipline Jeanine Pirro because she did nothing wrong.  She's an opinion host and as such should be allowed to speak her mind for an organization that claims to be unafraid.  Well, Fox has shown themselves to be plenty afraid after all.  Cowards!


Breitbart reports the Fox News Channel has suspended Jeanine Pirro’s weekly program —Justice with Judge Jeanine — in response to the conservative host’s recent remarks about Rep. Ilhan Omar’s (D-MN) use of a hijab, according to a report.

CNN Reliable Sources host Brian Stelter reported Sunday that Pirro’s show was suspended for two weeks, noting that while she may be in the “penalty box,” she has not been fired from the network.

Fox News aired a repeat episode of its documentary series Scandalous on Saturday instead of Justice with Judge Jeanine. When asked why Pirro would not appear on air, a Fox News spokesperson told Deadline it would not comment on “internal scheduling matters.”