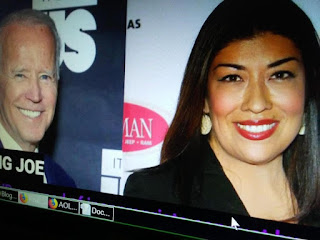 I'm not shocked because this is part of the baggage Joe Biden brings to the table.
There's ample history of Joe Biden acting creepy with women.  The media never made anything of it.  But, now the far left has to knock out the "white guy" from  the race and this is only the start.

Lucy Flores detailed the encounter in a piece she wrote for New York Magazine’s The Cut, which was published on Friday.

She claimed the incident happened at a campaign rally in early November 2014, when she was attempting to become the state’s lieutenant governor. Biden appeared at the event to help round up support for Democrats in Nevada, she wrote.