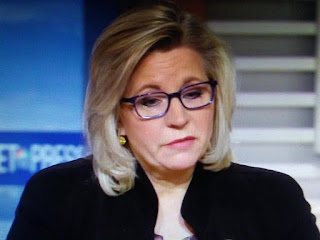 Liz Cheney has just entered my official shit list in record time.
The American taxpayers have endured the cost of  protection for our allies for decades and our allies have gotten rich without incurring any cost for it.  It's time for the children to leave the house and act like adults and pay us for the protection!  What the hell is Liz Cheney talking about?

Under a new formula devised by the president, allies such as Japan and South Korea would potentially pay Washington the full cost of stationing U.S. troops in their territory, plus an additional 50 percent.

The formula, which Trump has dubbed “cost plus 50,” could cause affected countries to contribute five times what they currently do, according to The Washington Post.

Cheney told NBC’s “Meet The Press” that the impact of this plan would be “absolutely devastating” to U.S. diplomacy.