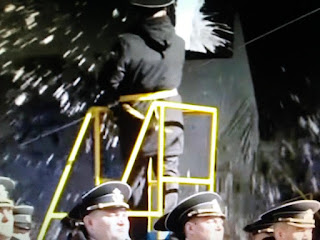 This bears watching.
Although the Russians can't match the United States in submarine technology.  This so much reminds me of the Hunt for Red October.

Moscow’s development of nuclear-powered drones has been closely watched in recent years, amid concern that Russia could be adding a “doomsday” weapon capable of unleashing tidal waves to its arsenal.

During Tuesday's visit to a military shipyard in St. Petersburg, President Vladimir Putin viewed the departure of the Belgorod sub at the Sevmash plant in Severodvinsk in northwestern Russia via a teleconference.