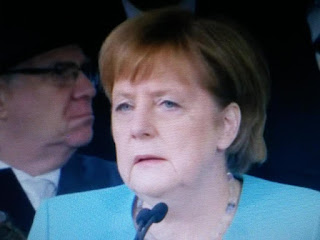 Merkel ruined her own country by unfettered immigration that has helped skyrocket crime all over her country.

“More than ever, our way of thinking and actions have to be multilateral rather than unilateral,” Merkel said in a commencement speech to Harvard University’s class of 2019 that combined tough criticism of nationalist policies with philosophical vistas of a change for the better.