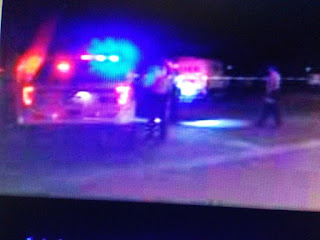 This was supposed to be a happy event.  Why was their guns there?

USA Today reports authorities in Philadelphia say one person has been killed and at least seven others have been shot during a graduation party.

KYW-TV reports the shooting occurred Sunday shortly before 10:30 p.m. near South 70th Street and Reed Bird Place. Authorities say four teenagers between the ages of 15 and 17 suffered gunshot wounds to their legs. Four adults in their 20s were shot in various parts of their body.

Police said the one fatality was an adult.