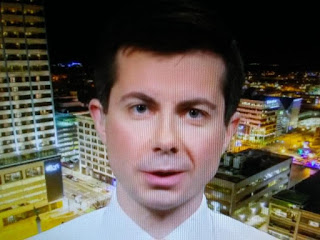 Less than one percent of the U.S. population is homosexual.
So how does it statistically work when we've only has 45 presidents?  On the other hand, maybe he's hinting about Baarack Obama whose rumored to be a sodomite for years.

“I would imagine we’ve probably had excellent presidents who were gay — we just didn’t know which ones,” he told “Axios on HBO.”

Asked if he possibly knew which commander-in-chief was playing for the other team, the Democratic hopeful said: “My gaydar even doesn’t work that well in the present, let alone retroactively. But one can only assume that’s the case.”