Former assistant US attorney: Mueller basically told Democrats, 'I'm not going to be your savior' 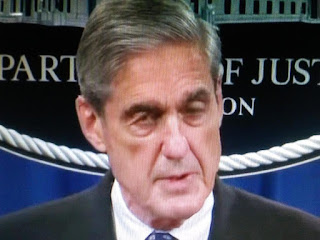 I'm not necessarily buying everything Alex Little has to say.
The reason Mueller doesn't want to testify is that he doesn't want to face questions from GOP congressmen.  He doesn't wanna be asked about the real Russian collusion that went on in the Hillary camp.


Fox News reports former assistant U.S. attorney Alex Little said on Saturday that Special Counsel Robert Mueller had messages for both Republicans and Democrats in Congress when he held his first post-probe press briefing on Wednesday.

"It's pretty clear he had two audiences -- I think one was congressional Democrats, one was congressional Republicans," Little said while appearing on "America's News HQ."
"He is telling people like [House Intelligence Committee Chairman] Adam Schiff, I'm not going to save you, I'm going to be your savior and I sure don't want to testify."