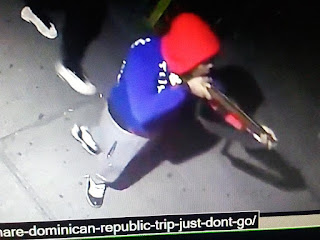 Progressive policies led to Detroit going bankrupt, shit on every street corner in San Francisco, a shooting massacre every weekend in Chicago, and more thugs walking around with guns on the streets of New York City.
Quality of life is deteriorating in every American city run by Democrats.

NY Post reports surveillance video released on Wednesday shows the moment that a gunman with a rifle opened fire on a rival in Manhattan and missed — instead fatally shooting an innocent bystander walking his dog, sources said.

The suspect can be seen pointing his rifle at the head of his intended target as the man walks by in Harlem on Monday morning, according to police sources.