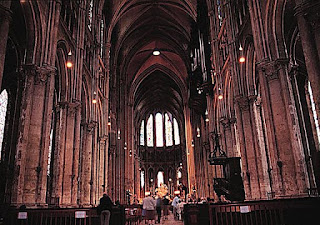 I head of individuals being expelled from a church.  But, not a whole church.  I applaud the move though because any church who permits Gay marriage is committing a serious offense against Biblical teachings.  Anyone who argues otherwise simply don't know what their talking about.

Collison, who became a pastor at First Covenant in downtown Minneapolis in 2009, told the Star Tribune he was "not surprised" but "saddened" after he was voted out.
"I feel grounded in the path we have chosen. I feel grateful for the pastors and churches who stood up for us. I feel compassion to those caught in the middle," Collison said.