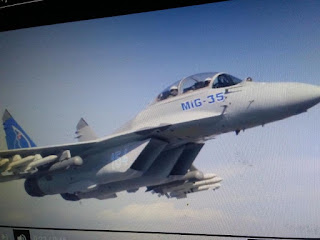 I wonder if this incident has sonething to do with US jets intercepting Russian bombers a couple of weeks ago (see video below).

Trust Dot Org reports a U.S. Navy surveillance aircraft in international airspace over the Mediterranean Sea was intercepted three times by a Russian jet fighter over three hours on Tuesday, including a high-speed pass that was deemed unsafe and put the plane at risk, the U.S. Sixth Fleet said.

"While the Russian aircraft was operating in international airspace, this interaction was irresponsible," the Sixth Fleet said in a statement.

"We expect them to behave within international standards set to ensure safety and prevent incidents," it said.