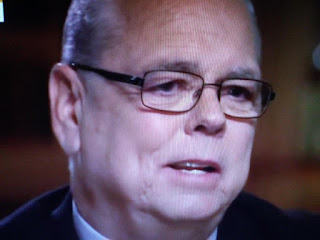 This man is a disgrace that never should have worn the uniform.

Peterson, then a Broward deputy, was on duty as the school resource officer during the February 2018 shooting at Marjory Stoneman Douglas High School but never went inside while bullets were flying. Seventeen people died and 17 others were wounded in the attack.