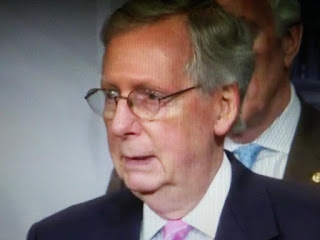 President Trump is a man among boys in Washington!

That was never demonstrated better than this past week when Trump announced he was imposing tariffs on Mexico if they fail to do more about illegals marching through their country to invade our southern borders.

Democrats were quick to attack Trump in the usual ways they do for anything he does.  What was so disappointing  was how Republicans in Congress ran for the hills and joined in the criticism.  In the aftermath, Mexico responded exactly how Trump thought they would and has signed an agreement that promising more will be done on the ground in Mexico to stop the migration of illegals into the United States.

This is what a true leader achieves, results.  It's what Trump, a non politician, has done all his life.  He knows how to do the do.  On the other hand, politicians don't know how to get things done because they are not doers, their talkers, theomatricians, naval gazers that love to hear themselves talk.
Progress is made by doing, not talking.
at 6/08/2019 11:23:00 AM