So much for inclusion: Anti-NYPD activists plan alternate Pride parade without cops 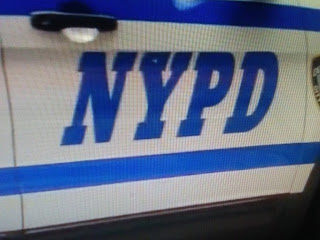 You often hear the Left champion the causes of inclusion and diversity in their rhetoric.
It sounds nice but as often is the case these are codes words hiding what they really mean.  These folks are quick to exclude Whites whenever the topic of diversity comes up.  And in the case of this story, elements of the LBGT community want to have an alternate Gay Pride (sodomite) parade that excludes LBGT cops in the NYPD.  So much for inclusion and diversity.


NY Post reports anti-NYPD activists in the LGBT community are planning an alternative Pride parade that will exclude cops.

The Reclaim Pride Coalition plans to hold the first Queer Liberation March on June 30, the same day as the city’s traditional Pride parade.

“The NYPD is just as bad as it ever was, even if it’s better for some of its employees on the inside,” said Reclaim Pride Coalition co-founder Natalie James. “So to me that means the NYPD should not be recognized at Pride.”