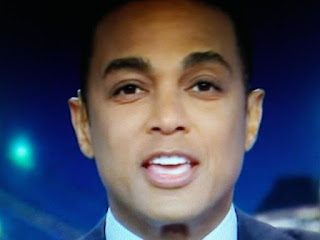 If Don Lemon can invoke Hitler when discussing Trump, then I feel entitled to say he's one of the dumbest men on cable.
Nobody should take this clown seriously.  And judging by his low ratings most people agree with me.

Fox News reports CNN anchor Don Lemon made what he himself described as a "extreme" comparison between President Trump and Adolf Hitler (see video)while arguing that such "bad people" shouldn't be given a platform.

During their nightly hand-off, his primetime colleague Chris Cuomo began by describing 2020 as the most "definitional" election in his lifetime. Lemon appeared to attempt to shame Trump supporters, and asked them if they will "continue to fall for the o-ke-doke." But then he questioned the media's responsibilities in covering Trump's candidacy.