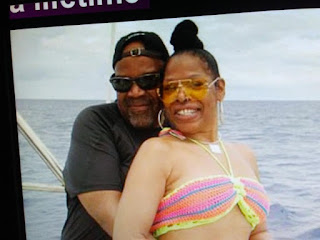 I don't know what's happening with the DR.
But, this is the second couple found dead in less than two months.


Daily Mail reports a Maryland couple has been found dead in the Dominican Republic with several bottles of heart medication nearby, the U.S. State Department said.

Cynthia Day, 49, and Nathaniel Holmes, 63, checked in to the Bahía Príncipe Playa Nueva Romana on May 25 and were due to depart Thursday, the same day their bodies were discovered in a room reportedly with 'no signs of violence'.