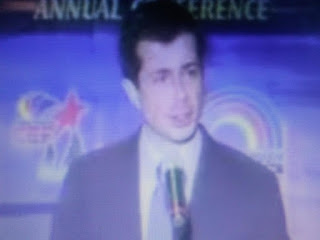 So after sixty years of blacks voting for Democrats the black community is still a warzone that needs a Marshal Plan?
Democrats only care about getting 95% of the black vote every fours without lifting a finger to get it.  All they have to do is yell, "Look, there goes those racist Republicans!  We're the ones who love you@!"  It
s a simple formula that works every time.


CNS News reports speaking at the Rainbow PUSH Coalition Convention in Chicago on Tuesday, South Bend, Ind., Mayor Pete Buttigieg called for nationwide reforms in policing in the wake of the police shooting of a black man in his city and laid out the case for confronting racial inequality.

Even as we wait for outside investigators to deliver their judgment on what took place, we have a pain now that reminds us that our community lives around a chasm - a racial gulf in which black residents and white residents experience every facet of life differently,” he said.

South Bend Indiana is like a miniature Chicago.  Crime is rampant in the black section of town.  And like Chicago Mayor Pete can't figure out how to handle it or doesn't care as long as white South Bend is safe.  That's how Democrats govern.  The data is obvious for all to see.
at 7/03/2019 06:20:00 AM