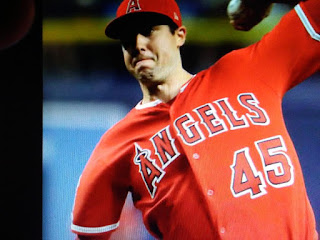 This is really sad for a player so young to bed lost like that.  Really unusual and I feel for his family.

Skaggs and the Angels were in Texas to play the Rangers in a series that was scheduled to begin Monday. Their game was postponed.

Local police said in a statement that Skaggs was found unresponsive in his hotel room at 2:18 p.m. local time. He was pronounced dead on the scene. Police don’t suspect foul play. A cause of death has not yet been announced.
Here’s what the Angels said about Skaggs’ death: