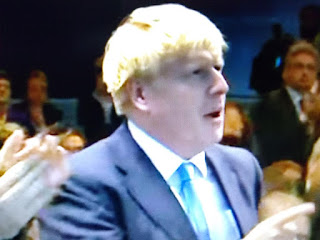 This is exactly the kind of leader Brittan so desperately needed.

BBC reports Boris Johnson will head to Downing Street later after he takes over from Theresa May as prime minister.

Mrs May will take part in her final Prime Minister's Questions shortly.

The new Conservative leader will take office on Wednesday afternoon following an audience with the Queen at Buckingham Palace.

After entering Number 10, he is expected to announce a clutch of senior cabinet posts, including chancellor of the exchequer and home secretary.

Sources close to Mr Johnson say his top team will reflect "modern Britain".
He is expected to use the opportunity to increase the number of women in full cabinet positions and boost the representation of ethnic minorities.

Mr Johnson won a decisive victory over Foreign Secretary Jeremy Hunt in a ballot of Tory members - gaining a 66.4% total share of the vote.