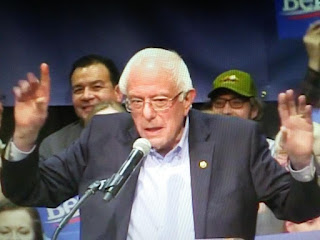 That's right that guy down the street that was sent up for murder can be moving back into his old neighborhood.
Or the other guy done the black that raped a 12 year old girl across the street can be hanging out at the local playground again.  This is how life under a Bernie Samders administration would be.  Does that sound appealing to anyone?

“We have a system that imprisons and destroys the lives of millions of people,” Sanders told The Associated Press before the planned released of his proposal Sunday. “It’s racist in disproportionately affecting the African American and Latino communities, and it’s a system that needs fundamental change.”

This plan would endanger most the minority communities where these criminals came from.  How is this a good idea or make those communities safer?
at 8/19/2019 08:45:00 PM